uShaka Marine World is one of the key tourist attraction in Durban and a strong supporter of marine education and conservation programs. It opened its turnstiles to the general public on April 30th 2004 and today it is the largest aquarium in Africa and the fifth largest aquarium in the world. In 2015,  uShaka Sea World has been voted Durban’s Best Attraction by the tourists visiting the park. Sea World comprises a fascinating array of underground viewing galleries that are home to 300 different species of marine life and 10 000 sea creatures. Each tank is meticulously designed around the themes of five different ship wrecks.

In addition to I&J’s longstanding relationship with the Two Oceans aquarium in Cape Town, in April 2012 I&J entered into a sponsorship agreement with uShaka Marine World, a wonderful platform from which to promote I&J’s sustainable seafood products. The sponsorship was renewed in July 2015 for the uShaka Kids World Area which has been rebranded to reflect the colours and identity of I&J.

I&J is also acknowledged as a key sponsor on the website of uShaka Marine World: www.ushakamarineworld.co.za. 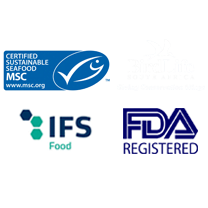